Although the year started with a roadblock in the form of COVID-19, normality is returning, but slowly.

For starters, an array of high-profile mortgage lenders withdrew their 90% loan-to-value (LTV) deals from the market during March and April.

However, as social distancing norms were relaxed, a lot of lenders started reintroducing these deals to the market. According to research, the market only had 100 mortgage deals at a 90% LTV as of May 1, 2020. However, after one month, this number has now significantly increased to 183. As of June 8, 2020, the market has 191 mortgage deals at 90% LTV.

But here is the catch: soon after reintroducing 90% LTV deals into the market in May, mortgage lenders like Yorkshire Bank, Virgin Money, Clydesdale, and Accord Mortgages have pulled their deals back.

Why Are 90% Deals Being Withdrawn

While it might sound confusing as to why high-profile lenders withdrew their 90% LTV deals a few weeks after reintroducing them, the growing demand seems to be dominating the markets.

It seems that many providers have withdrawn their 90% LTV deals temporarily from the market because of a large number of applications that they have received.

Further, since the economic climate is kind of predictable at the moment, most lenders are playing it safe, and withdrawing the 90% LTV deals while also delaying the reintroduction of 95% LTV products.

According to a partner at Knight Frank Finance, “It’s clear that banks are eager to both clear the backlog and re-establish a pipeline of business after some went as far as closing their doors during the first phase of the outbreak.” “For borrowers, this means more choice and better deals,” she further added.

However, the good news is that you can soon start witnessing the best deals into the market again once the economic conditions stabilize and the already received applications are processed.

It is important to mention here that higher LTV products are the hot-favourites of first-time buyers who play a vital role in keeping the housing market alive. Therefore, it is likely that these deals will be reintroduced soon once the levels of demand balance out. 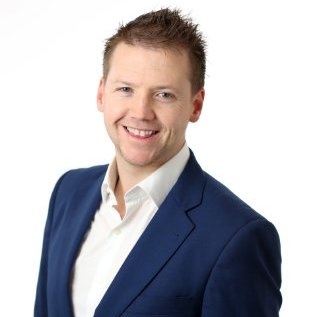 Questions to ask yourself before buying a home in 2023

Are you thinking about buying a home in 2023? If so, there are a few key things you should ask yourself before making the jump into homeownership.

6 reasons why you should consider shared ownership

If you feel like buying your own home through the traditional means may not be possible for you in the foreseeable future, don’t fret. Out of the multitude of government schemes designed to help first time buyers get on the property ladder, the shared ownership scheme may be an option for you.